Le Bataclan, with its reputation as the flagship venue of the entire rock scene since the punk movement, was also the ideal theater to host Britpop bands in the mid-1990s

In reaction to the US grunge scene, a handful of London bands, Blur et Suede leading the way, revives “the melodic richness of the 60s, the urgency and conciseness of seventies punk rock and the detachment of the 1980s” (Bruno Lesprit). Since 1992 the singles released by these groups are successful, giving impetus to the emergence of a whole new British rock scene, quickly named by the media “Britpop”. Many bands including Suede, Blur, Oasis, Pulp or Supergrass, embody this new scene which seeks to put UK pop back at the top of the charts, using the Union Jack, regional accents, and texts about the life of “Common people”. And all of these bands have performed on the Bataclan’s stage…

The Battle of Britpop…

During the summer of 1995, England holds its breath : who will be the winner of the musical contest opposing the two biggest bands of the time: Blur and Oasis….

In 1994 Blur explodes with the album Parklife and Oasis releases their first album, Definitely Maybe. From that moment, and greatly fed by the British media, a battle between these two bands punctuates the daily life of the British. In 1995, the rivalry reaches a peak: on August 14, 1995, Blur announces the release of the track “Country House” on the same day as Oasis’ “Roll With It”. 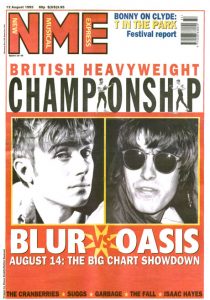 The New Musical Express transformed a Mohamed Ali poster showing Damon Albarn and Liam Gallagher fighting on a boxing ring. This rivalry also marks the formation of a socio-cultural phenomenon among the youth. Indeed, two views of England are opposing : Manchester’s working class versus middle-class Londoners.

You had to choose your side: Blur or Oasis.

The French venue then renowned for its tumultuous rock concerts is Le Bataclan. It is therefore the ideal venue where the two British bands can confront…

On October 25, 1994, Blur electrifies Le Bataclan with its successful Parklife and Boys & Girls. Just a year after their first show, Blur are back at Le Bataclan on October 26, 1995, still with a strong dose of energy and a hint of insolence. The band plays the album The Great Escape which has just been released. The enthusiasm felt in the audience that evening proves the effectiveness of these new tracks. 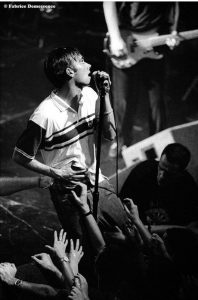 Blur takes a new artistic turn in the early 2000s, but, while they could have filled a much larger venue, the band remains loyal to Le Bataclan. On May 19, 2003, they perform their last album Think Tank. Between new songs and acoustic ballads (Beetlebum, Out of Time,…), Blur revives some of the tracks that have made the success of the band, much to the delight of the audience :

On April 20, 1995, six months after Blur’s first show, Noel and Liam Gallagher, who call themselves “the greatest band in the world” performed their album Definitely Maybe at Le Bataclan. The support band was The Verve, another pioneer band of Britpop. The show is faithful to the reputation of the Mancunians: saturated guitars, the pit doused with beer, and Liam Gallagher, hands behind his back singing the hits of the band without moving: Rock’n’Roll Star, Some Might Say, Supersonic, Live Forever. That evening, backstage, an argument would have broken out between Liam Gallagher and Tony McCaroll, the drummer, who will be fired at the end of this concert at Le Bataclan…

The aura of Oasis is still palpable on November 10, 2008: British flags are proudly flying in the crowd, the audience holds its breath when the lights go out and a cloud of smoke forms… Let’s go for the rock communion:

Rock’n’Roll Star opens the show. His mouth glued to the microphone and his arms alongside his body, Liam Gallagher sputters with the “nasal insolence” he is known for. Even with the new members, the band defends the collection of yesterday’s hits (Wonderwall, Supersonic, Slide Away …) and recent hits (Layla, The Shock of the Lightning, I’m Outta Time), all built from the eternal formula combining the arrogance of the Sex Pistols with the melodies of the Beatles. 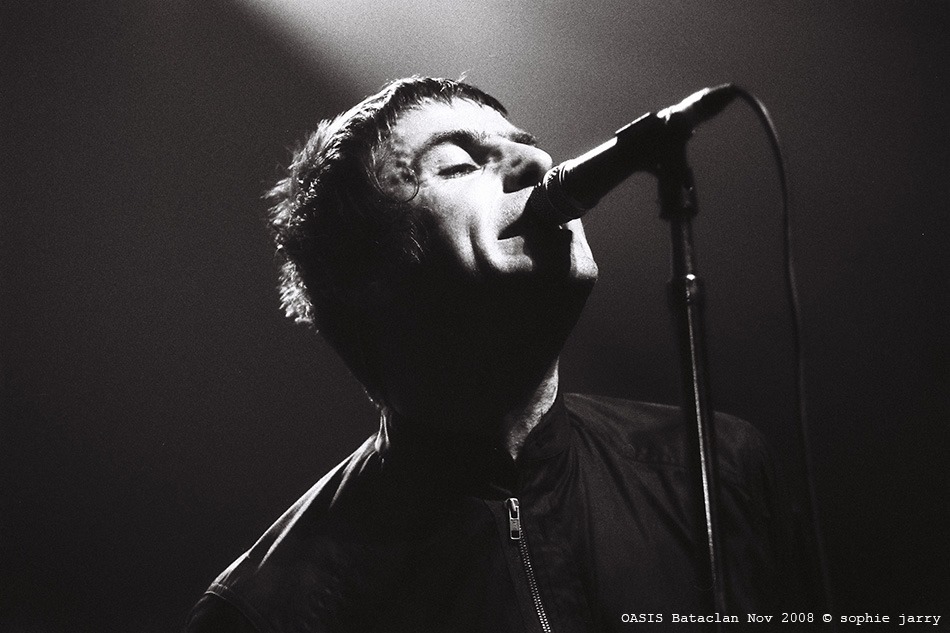 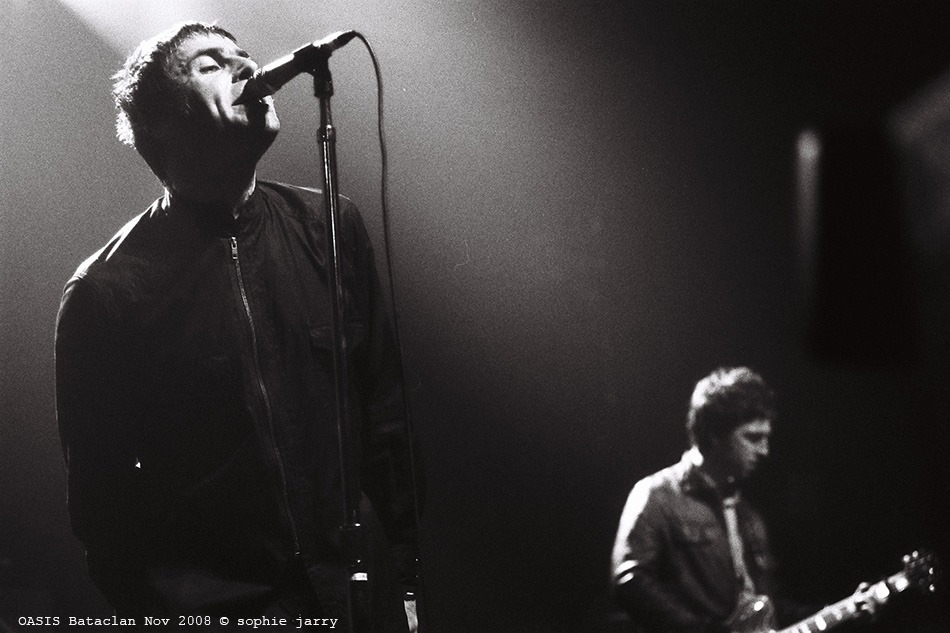 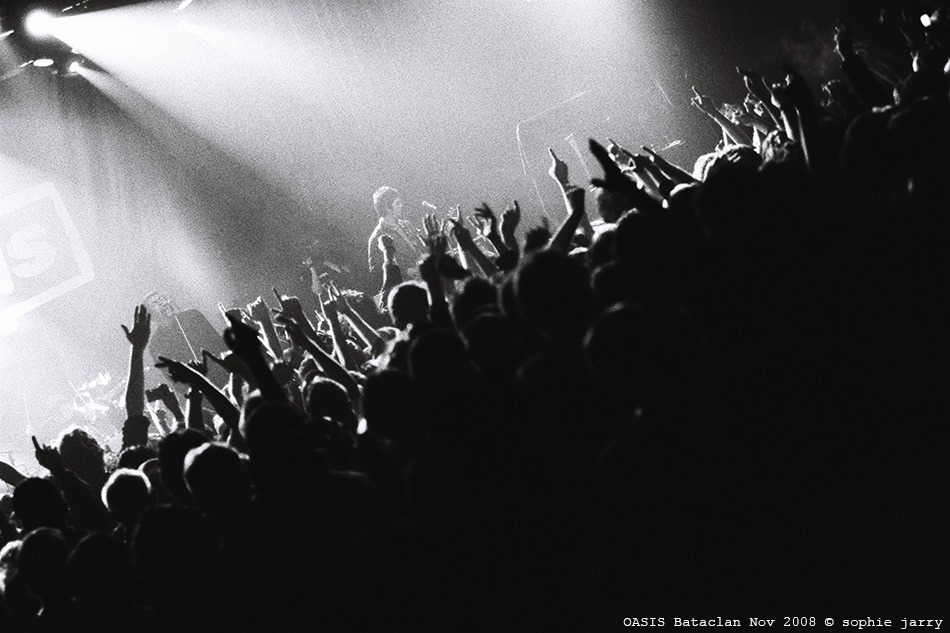 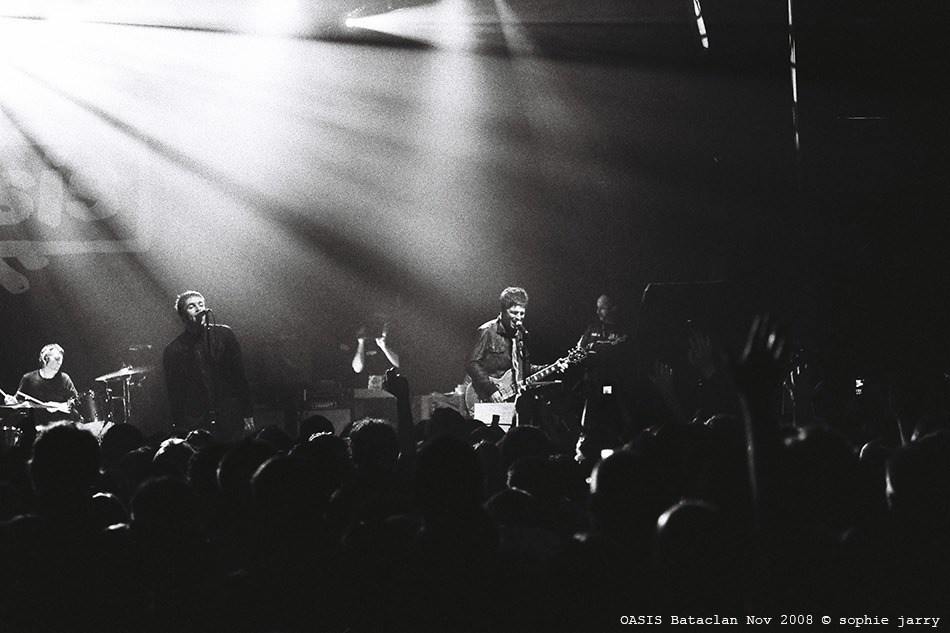 You can see the full concert here :

It’s not only Blur and Oasis that performed at Le Bataclan, but the whole Britpop scene came on the stage of the legendary venue …

While Oasis and Blur were fighting, a third major Britpop band made their mark with critics and audiences alike, and performed at Le Bataclan; Pulp! On October 11, 1994 and December 5, 1995, Pulp conquered the hearts of the Bataclan’s audience thanks to its satirical texts and its charismatic leader : Jarvis Cocker, sort of “middle-class dandy”: “The Bataclan is indie and mainstream, accessible but furiously eccentric, just like he is” (Carole Boinet) 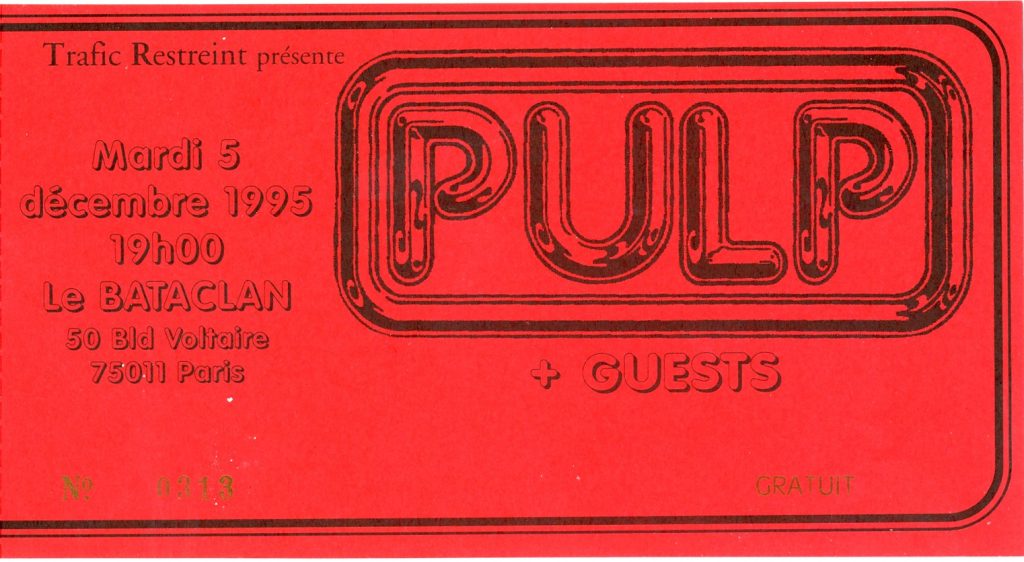 Pulp’s second concert became legendary for its unusually short duration: only 10 tracks were played before an argument broke out between violinist Russell Senior and Jarvis Cocker, fueling the rebellious reputation of Le Bataclan: “I think I threw my amp in his face. This is one of the few concerts that we haven’t finished ”(Jarvis Cocker).

Jarvis Cocker also particularly likes Le Bataclan and the atmosphere emanating from this venue where he feels “really close to the audience“:

“The stage is not very high. Which is quite exciting, and allows you to interact with the audience. And what’s the point of giving a concert if you can’t feel close to people? Or you might as well stay in the studio! ”

This is why, in addition to the two concerts given with Pulp in 1994 and 1995, Jarvis Cocker wanted to play here again during his solo tour in 2009.

We could also mention the three concerts of Suede at Le Bataclan (1994, 1996 and 2002) or the one of Supergrass on September 25, 1997, or those of Paul Weller, often nicknamed the “father of Britpop” and who made Bataclan his favorite venue… No doubt, the Bataclan was THE Parisian venue for Britpop!
Our others bulletins