History
At only 20 years old, Robert Smith and his band performed for the first time in Paris on the Bataclan stage. This concert occurred on December 17, 1979 and remains a very special one for French fans, as described by Télérama:

“Four dozen fans arrived early, they let us in. Surprise, the band is still on stage, they have not finished soundcheck. Robert Smith is in the middle: red V-neck sweater, hedgehog hairstyle, ivory Jazzmaster on which he plays crystalline arpeggios. Simon Gallup is on bass, Matthieu Hartley on keyboards. The private mini-concert did not last long, it was a foretaste of the set to come, clear and dry, full of sound frictions and already promising the sublime and misty Seventeen Seconds.” 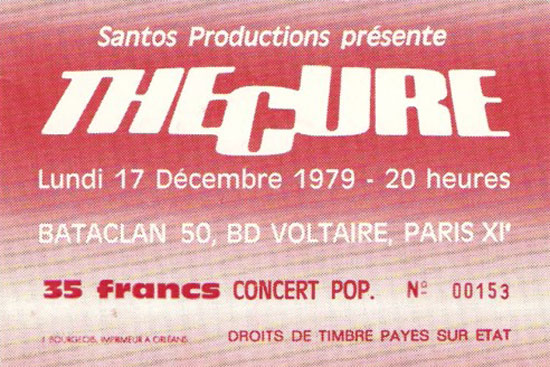 The composition of the band changes over the years but the talent remains. “Cure” as we said in 1979, a whole new musical style, the little special thing that made the crowds grow year after year.

To celebrate their 20 years of existence, to everyone’s surprise and delight, the Cure choose to return to the Bataclan! After filling huge stadiums and venues, it is to the closest of its audience that the group wishes to blow out its candles. A group of privileged people attend this «delicious treat»:

After a sold out Bercy three weeks earlier, The Cure gives a surprise concert in the Parisian venues where they took their first steps. If the team has again evolved (Boris Williams left the drum sticks to the young Jason Cooper, and Porl Thompson the guitar to Perry Bamonte, who gives the keyboards to the returning Roger O’Donnell) the true fans are here. And they are not disappointed, the concert taking the form of a Best Of that goes back in time: two tracks of each album starting from the most recent (and minor) Wild Mood Swings to the first, eponymous and the famous Killing An Arab. The opportunity to listen to some of the songs that have not been played for a long time: Piggy In The Mirror, The Figurehead, M or Grinding Halt. A delicious treat. 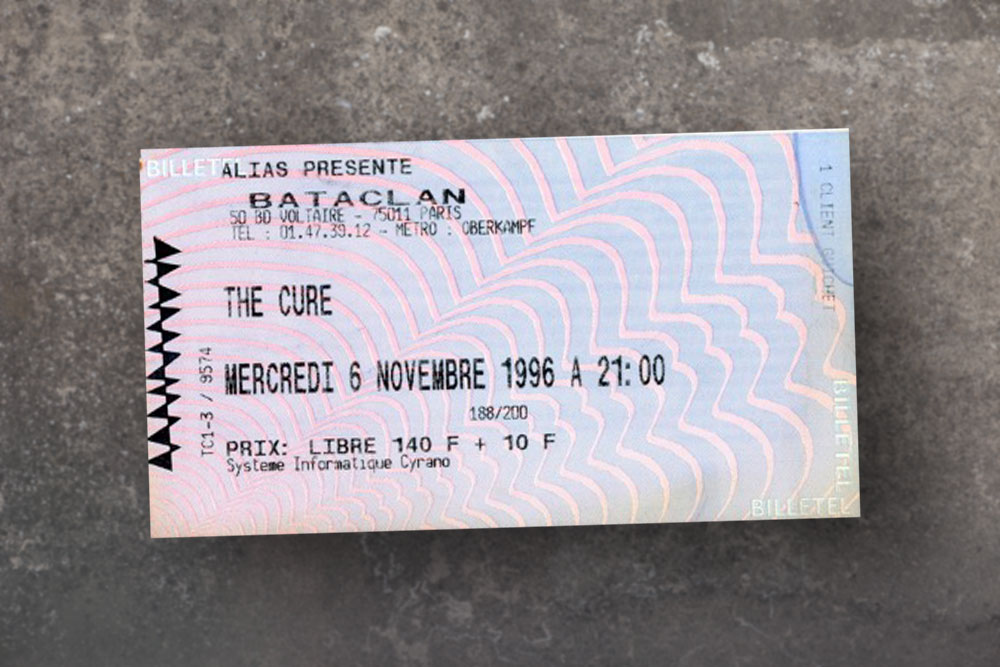