News
Jean-Louis Aubert took off, he now wins fame solo and found refuge… at the Bataclan! After a series of Prémices concerts in 2018, the Prémixces tour ended with eight exceptional dates on boulevard Voltaire. Between intimate show and technical feats, Aubert Tour has a promising future ahead. And luckily, he will continue next March with the Olo Tour!

Hidden in the background, a voice calms the last whispers. It’s Jean-Louis Aubert who recites to his audience the letter he wrote to the Bataclan, the venue in which he was born to rock. He finally arrives on stage with a round of applause and starts singing Ne m’enferme pas. In no time, the artist goes down the few steps that separate him from the first rows of fans to go down the alleys of the Bataclan. Walking around with his guitar slung over his shoulder, smiling, he suddenly stops and stares at a fan to hum with her the song Commun accord.

Did you think that Jean-Louis Aubert was alone on stage? Not at all! Several screens stand on stage on both sides of his instruments, and on each one appears a hologram of him. He plays with technological codes to record loops on his sound-effect pedals and give the impression of playing a single orchestra by himself. More than holograms, it is sometimes dragons and sometimes lanterns that fly on these brand-new screens. Always at the forefront, Jean-Louis Aubert ended up settling down on the piano to play La belle (à tire-d’aile), where a swan gently and artificially lands on his side.

Ne m’enferme pas, Parle-moi, Juste une illusion, Demain sera parfait… throughout these two and a half hours of show, the singer’s greatest hits delight the crowd. But the long-time fans are not left behind when it comes to singing along the last album released, Refuge. It’s also impossible to resist a hit of Telephone! The entire sitting crowd springs to their feet to sing New-York avec toi. In the dark room, the applause does not weaken when a projector puts the lights on the balcony where Jean-Louis Aubert suddenly appears. One foot on the balcony railing, he looks with kindness to his neighbors. Back on stage, the singer continues with the song Ce Que Je Veux and then, putting words into action, he kneels to grasp the hand of a young woman sitting in the front row: “And my hands free to take your hand to tell you let’s go..“. Undoubtedly, whether they were sitting in the pit or at the balcony, everyone had their moment face to face with Aubert, a song eye-to-eye. 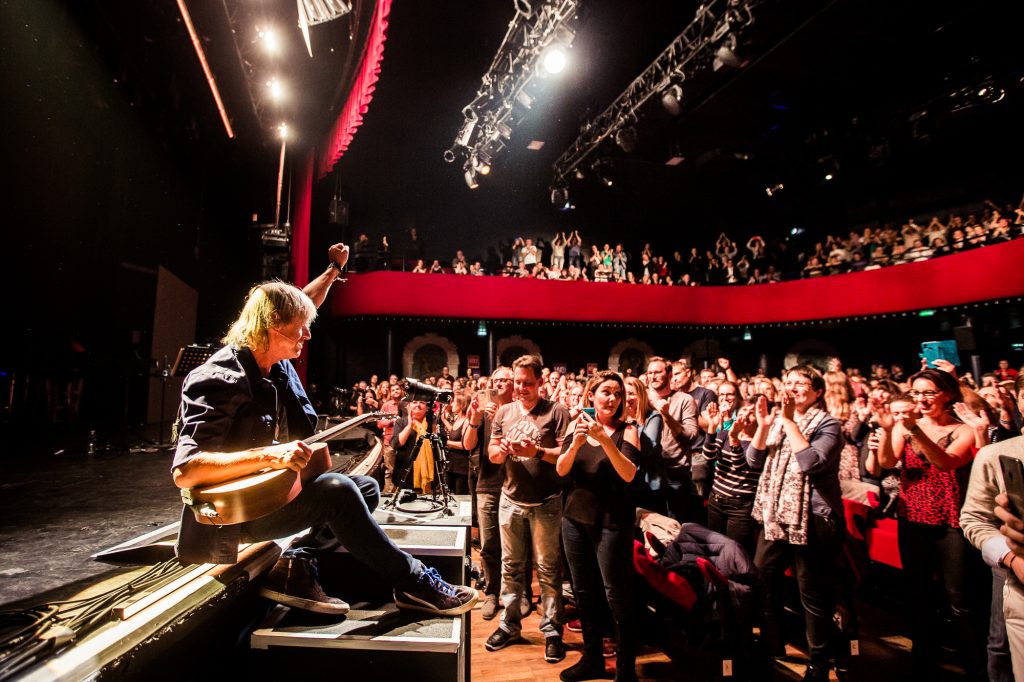 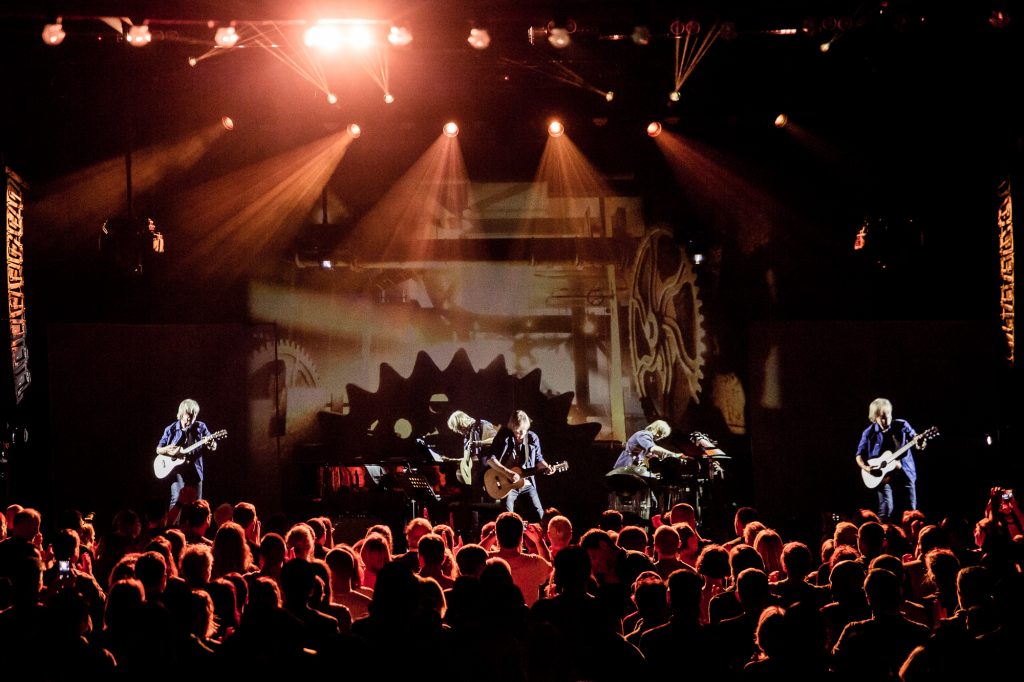 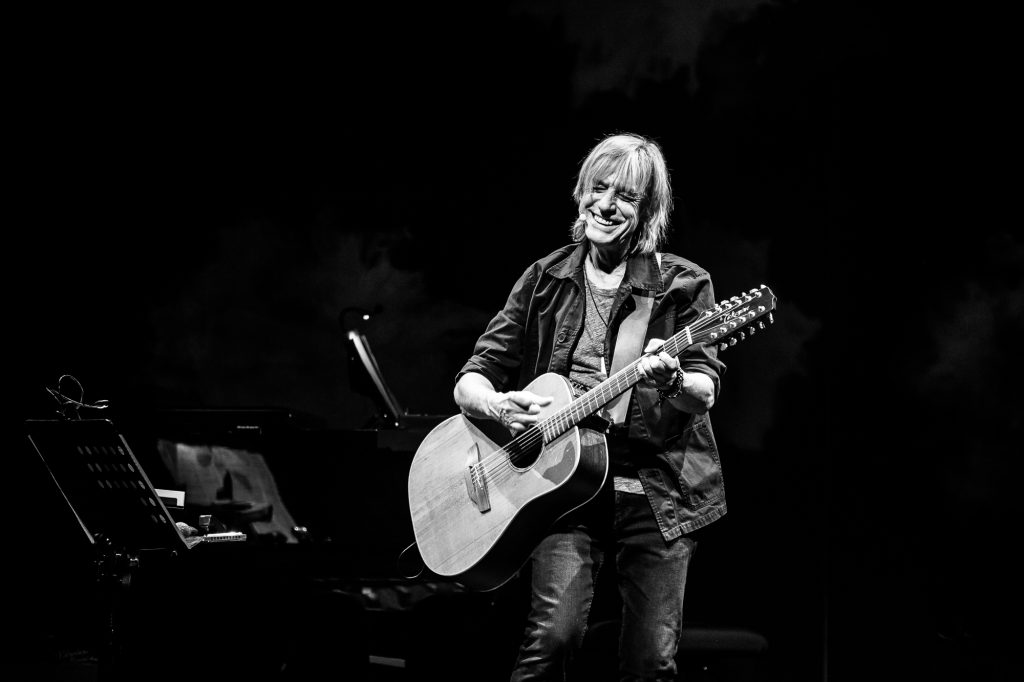 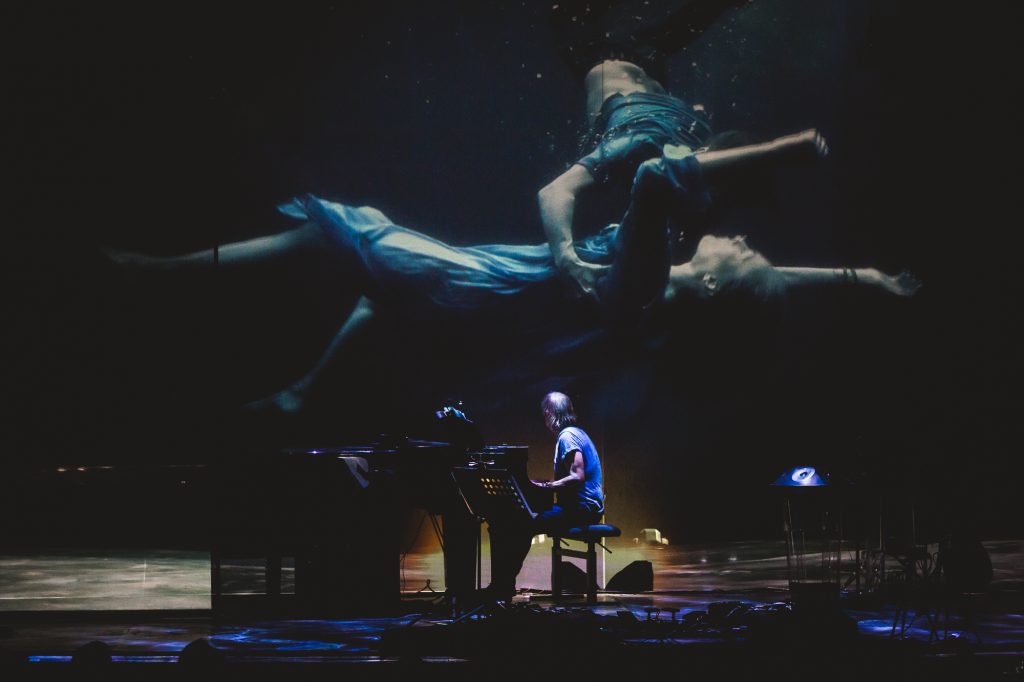 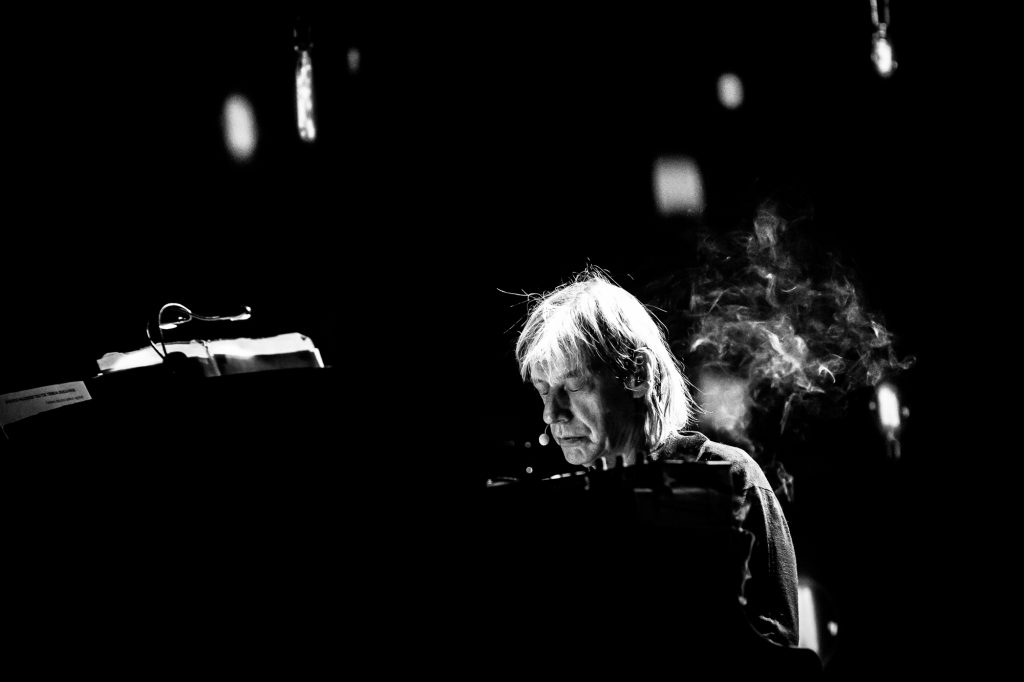 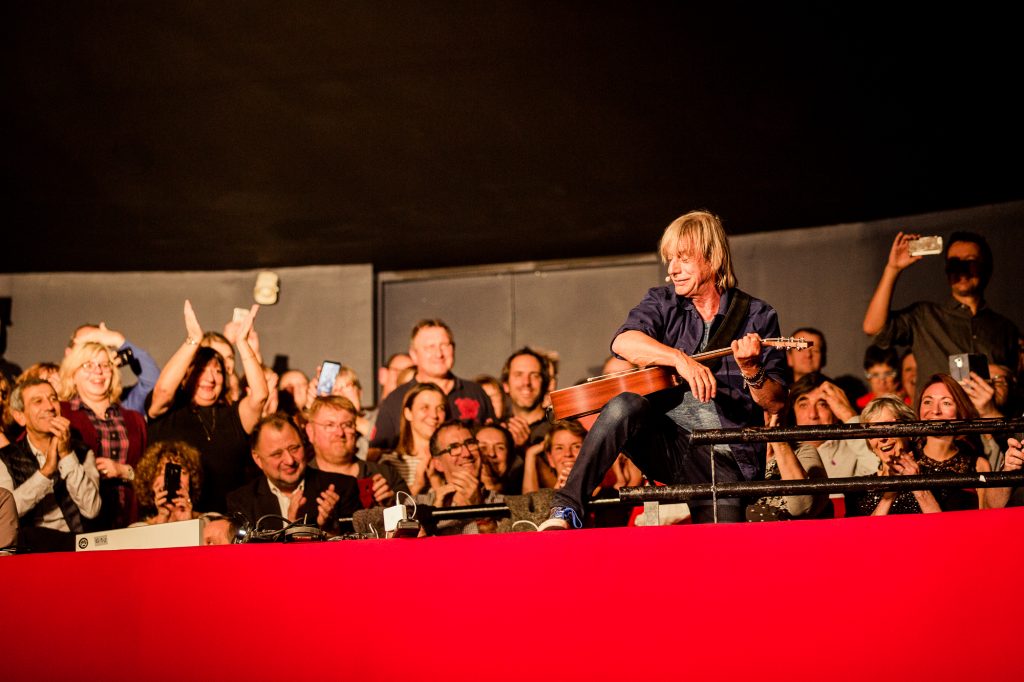 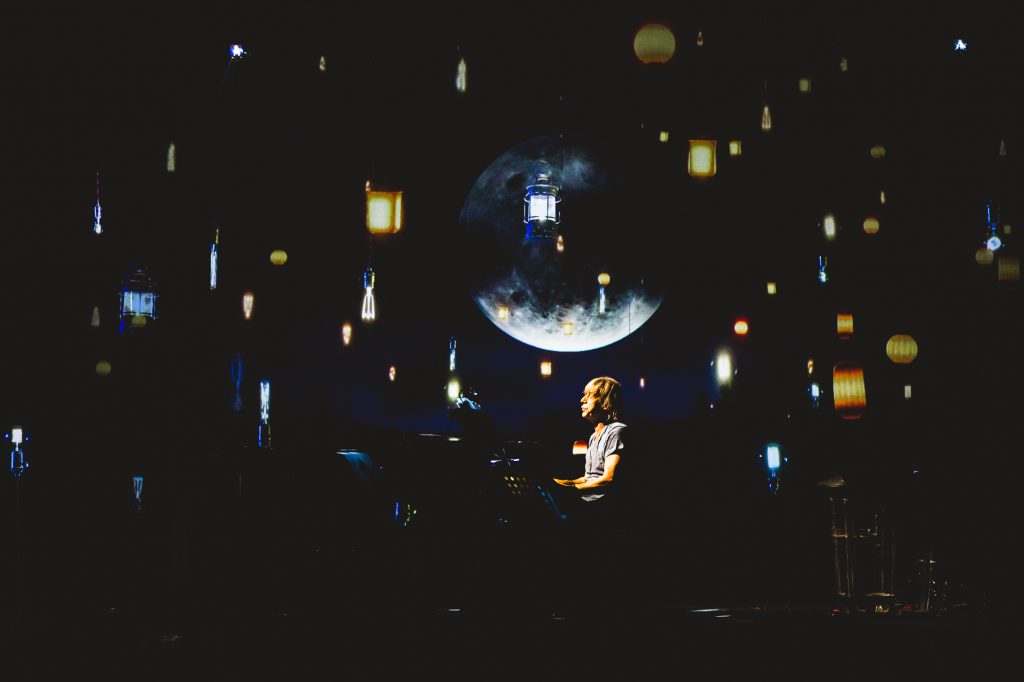 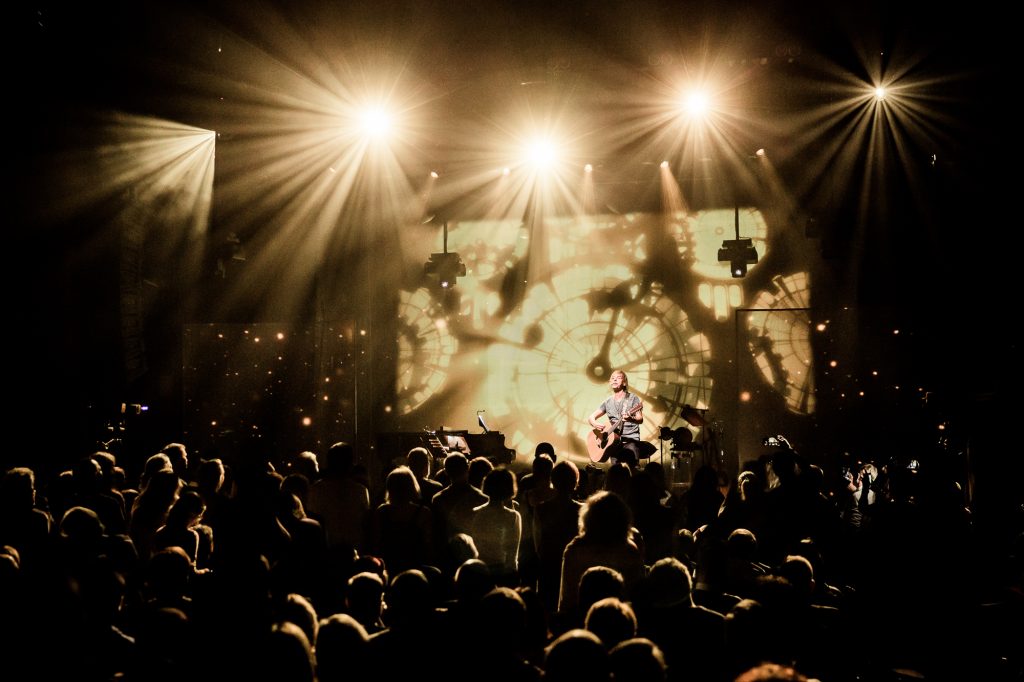 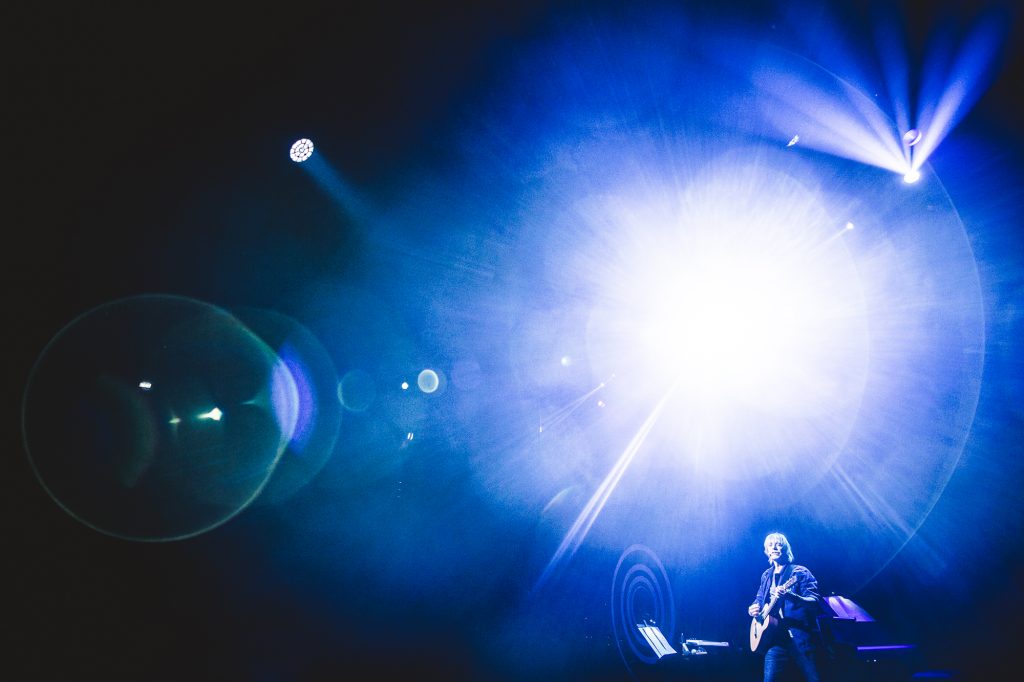 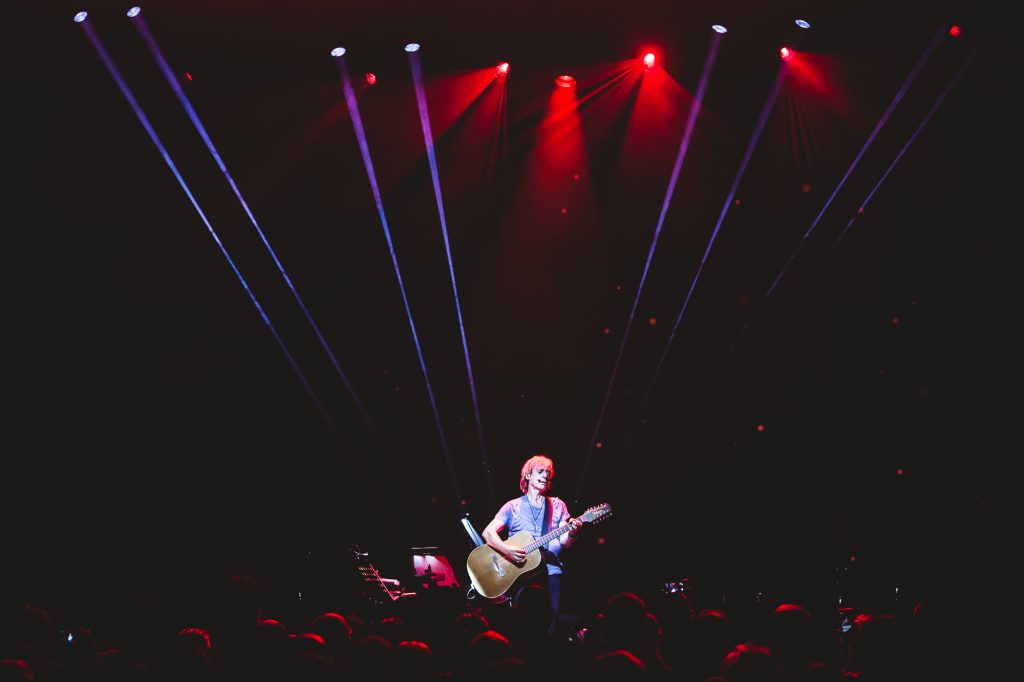