In this section, we have decided to put a spotlight on solo artist and collective of artists who share our values and artistic vision. Through exchanges and meetings we enriche both our works and ideas. These collaborations will grow in the medium and long term to allow the creation of a shared and in-depth project.

As an extension of the Bataclan editorial line, you will find artistic collaborations in various artistic disciplines: Music, Dance, Photo, Video, Streetart, cinema… 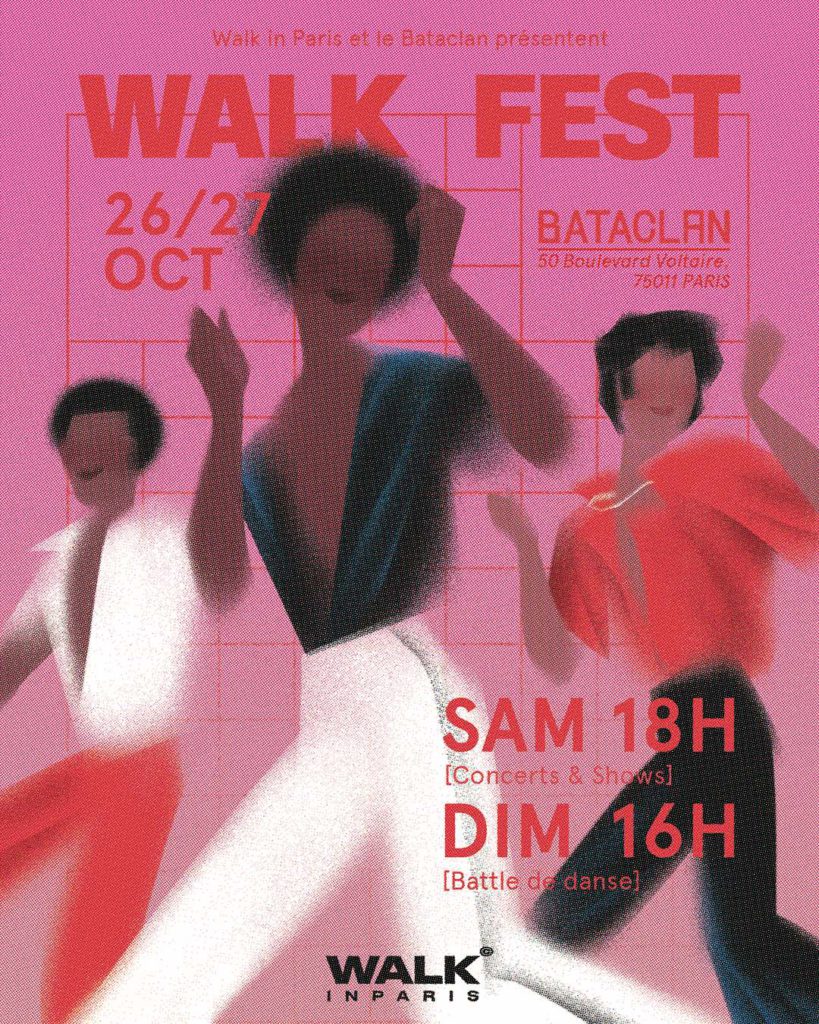 At first, Walk in Paris was a Parisian clothing brand launched by Gary and Léo. Its credo? Lend prestige to the underground street culture. To that end, the collective has managed to support and develop the careers of many artists in many fields such as dancing, painting and music.

Faithful to the values that unite them, the Walkfest will host a program of artists whose main philosophy is to bring together all cultures. For 2 days long, from 26th to 27th of October, music and hip-hop dance will merge and create a unique event.

The collaboration between Le Bataclan and La Marche Bleue begun in February 2019 when Léo looked for a place to rehearse the first show he produced « Première ride ». Soon Le Bataclan became his favourite spot to create a new show with his team. Over the past few months, our relationship with the Walkers has strenghten. And it is still growing !

La Marche Bleue is the first dance company created by the dancer and choreographer, Léo Walk.
Leo started the break dance at the age of 7, and has ever since try to develop a dance style of his own. Few years back, Léo Walk has collaborated on numerous clips and artistic projects with various artists such as Christine & The Queens, Sebastian, and Roméo Elvis.
With his company, he wishes to expose his vision of dancing. He always follows his instinct. By breaking the code of hip-hop and contemporary, he finally finds his unique move: organic and poetic. 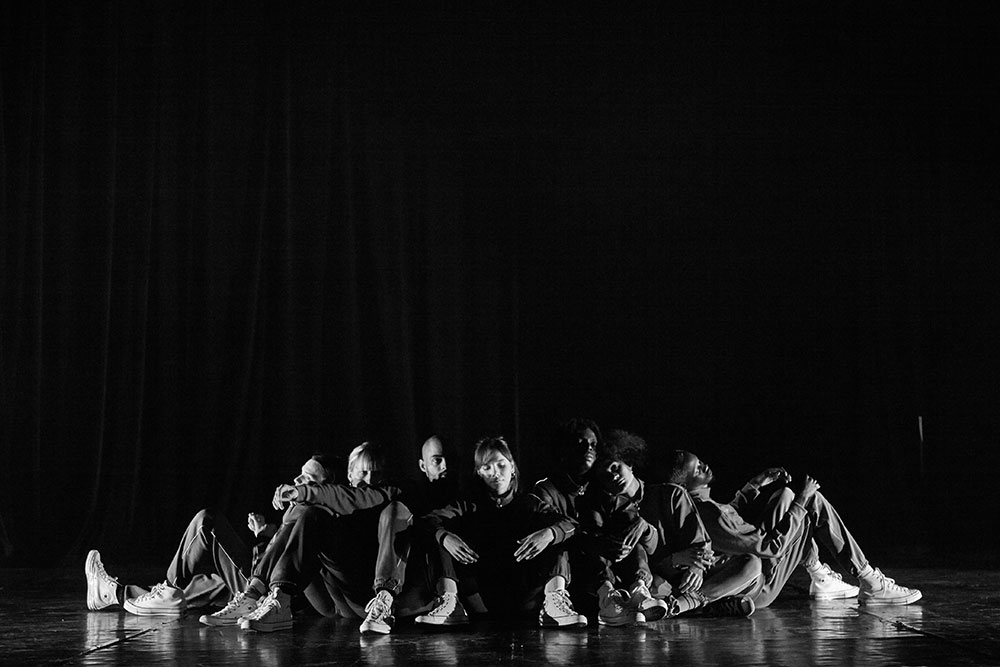 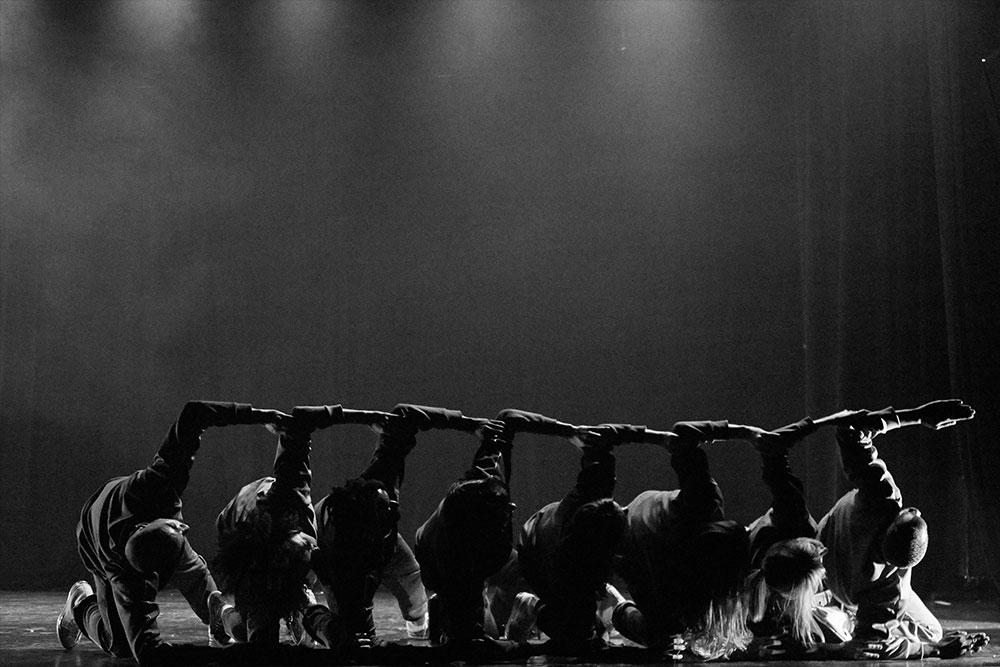 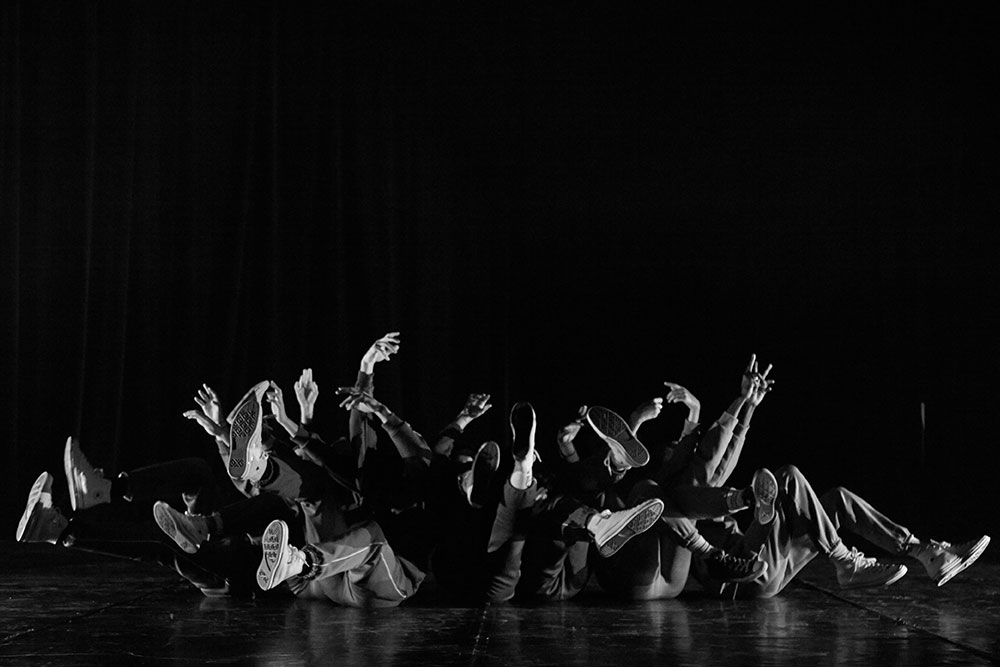 PreviousNextZoom
The Show “Première ride” is the story of eight young people deprived of their freedom who leave by car with a simple goal in mind: enjoying life. Return to their primary state with the urge to shout out loud and clear that they are alive.

The show is composed of eight dancers with a very different style who gradually blend and finally create a single identity. That journey tells us the story of La Marche Bleue.

This show oscillates between sweetness and violence. A contrast between the anxiety and stress induced by our society, and the urge to calm down and externalize our feelings.

“We’re all walkers, but some of them are looking at the stars.”

For its 2019-2020 season, the Bataclan will host 6 special evenings around the theme of humor and audio. The goal? Breaking down the walls of the recording studios to get the voices you listen to on stage. It is not only to bring the podcast to the stage but to enhance it through light, movement, video and interaction with the audience. Humour will be used as a pretext for discussing very different subjects: cinema, society, culture etc… These programs recorded in public will then be available in podcasts on the site of the Bataclan. 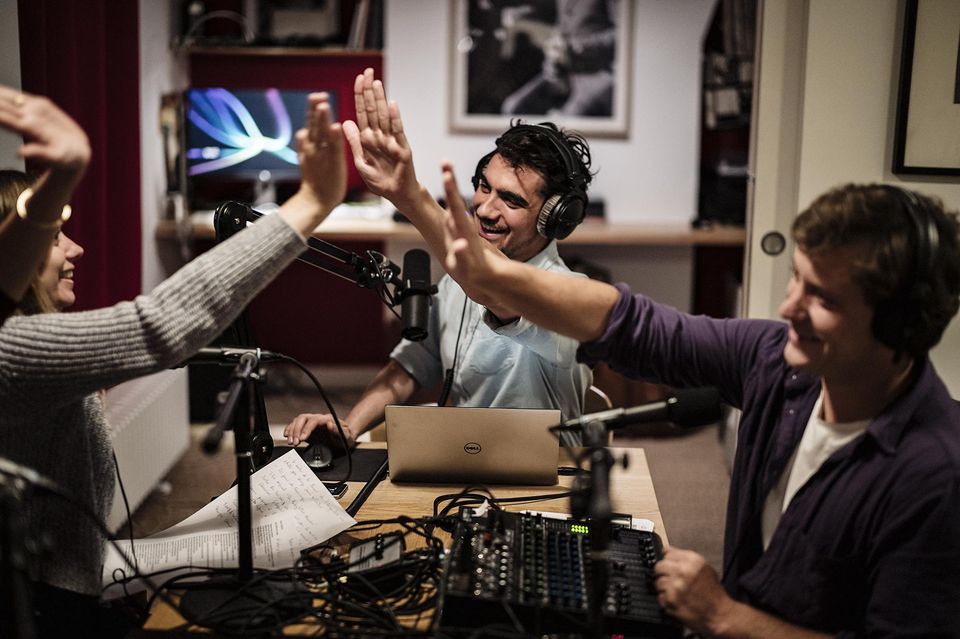 Why podcast on stage?

Podcasts are usually recorded in rooms, lounges or if you are lucky, in recording studios. To move from those places to the stage of the Bataclan, it mostly driven by the desire to meet the audience.

Created in 2014, Fréquence moderne is an independent podcast network that now includes five programs and has earned a real reputation. The Bataclan became their new headquarters for the public recording of its program 2 Heures de Perdues. In each episode, they discuss about a film with a little bad faith but a lot of irony!

The one will be on the 21rst of septembre 2019 around the film « Harry Potter and the Goblet of Fire ». 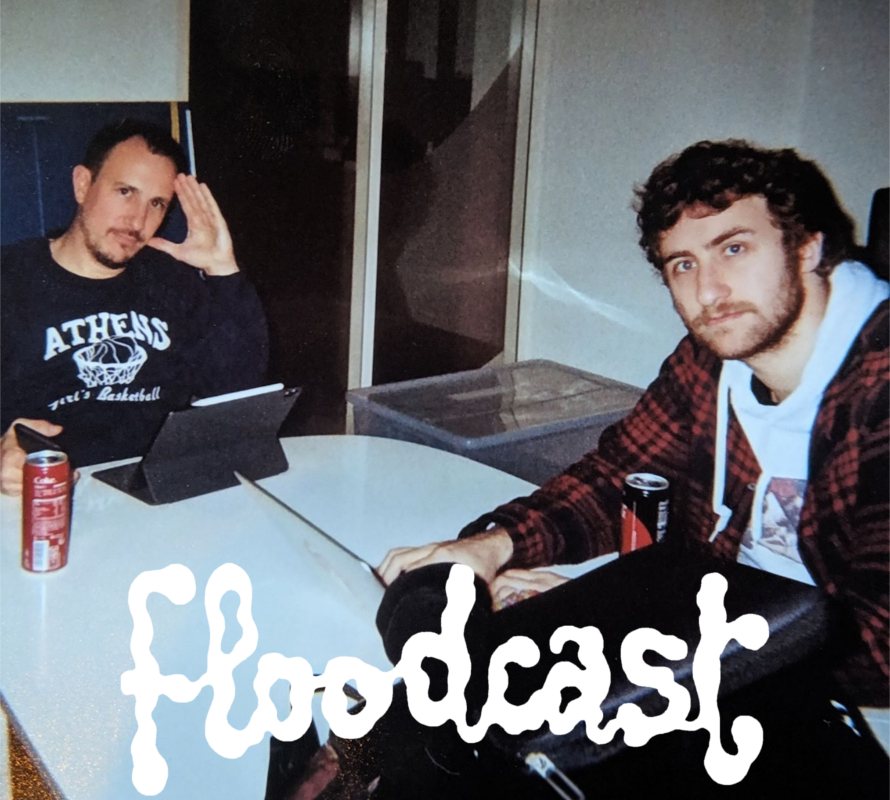 For nearly 5 years, Florent Bernard (Bloqués, Golden Moustache, Pitch, etc.) has been presenting his podcast in which he talks about unusual news, personal ramblings, stupid games as well as exchanges of anecdotes on various and varied subjects. Accompanied by his sidekick Adrien Ménielle (Groom, Studio Bagel, etc.), they invite artists well-kwon on the web, the television or the cinema to their organized mess. Laughter, few tears, a backstage flute and real hip-hop are to be expected in this special program recorded in public! Stay tuned.

Subscribe to our newsletter
We use cookies including third-party cookies to improve your browsing experience, to measure our website’s traffic, to optimize functionalities of social networks, to stream and share videos on the website and to provide local information about living places near the Bataclan.

Audience measurement provides audience statistics to optimize the ergonomics of the user experience, ease of browsing and the quality of the content. By allowing these cookies, you allow us to improve your experience on our website.