The Bataclan becomes the temple of Muay Thai
for a weekend

News
The soft sound of Javanese flute whistled in the Bataclan on November 24. The ring of the Muay Thai Grand Prix 31 stands proudly at the centre of the stage. Women and men take turns and face each other in front of a crowded venue. Here is the story of a Sunday evening like no other.

Blue corner, the room is dark, only the boxer is lit as he walks down the alley of the Bataclan to the ring on the stage. His supporters come in numbers and shout his name to show their support to their champion. Red corner, it’s his opponent’s turn to step into his own alley when the speaker announces his name. The two fighters, also called Nak Muay, greet each other by touching their gloves. When the referee raises his hand, the fight begins.

Round one, round two, round three, the Nak Muay keep on fighting. Fists, feet, knees, elbows… every parts of the body are solicited. The physical superiority of some fighters is particularly obvious when the match is over thanks to a K.O. in the very the first round. The public wants more, the room is becoming incredibly warm and Tiger Balm smells are floating in the air. 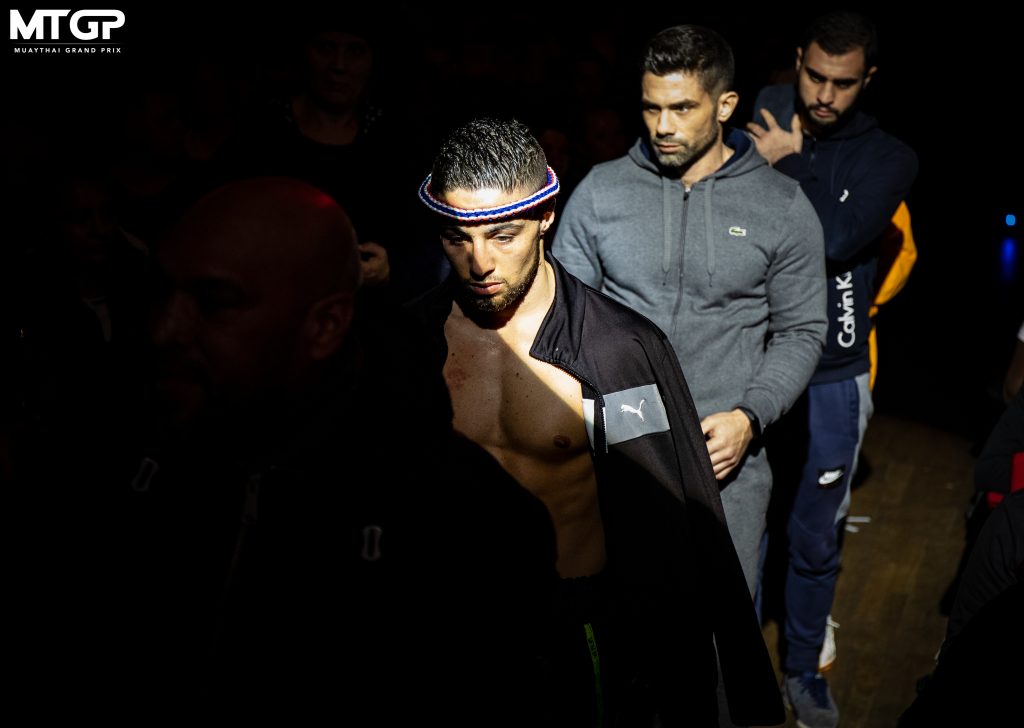 The Ambassador of the Kingdom of Thailand in France himself makes the effort to come. The Muay Thai holds an important place in the heart of the Thais. In the middle of the ring, S.E Sarun Charoensuwan wanted to congratulate in French all the fighters who were honouring the ancestral culture of his country.

The Nak Muay are dressed in the colours of their country, but they also wear the Mongkon. This sacred crown, blessed by a Buddhist priest, traditionally contains letters and symbols written on a copper foil and rolled up by the master. When a boxer wears it before a fight, it means that he will not only fight for himself but for his entire camp. Moreover, the boxer does not touch the Mongkon, it’s his coach who puts it on and take it of his head. 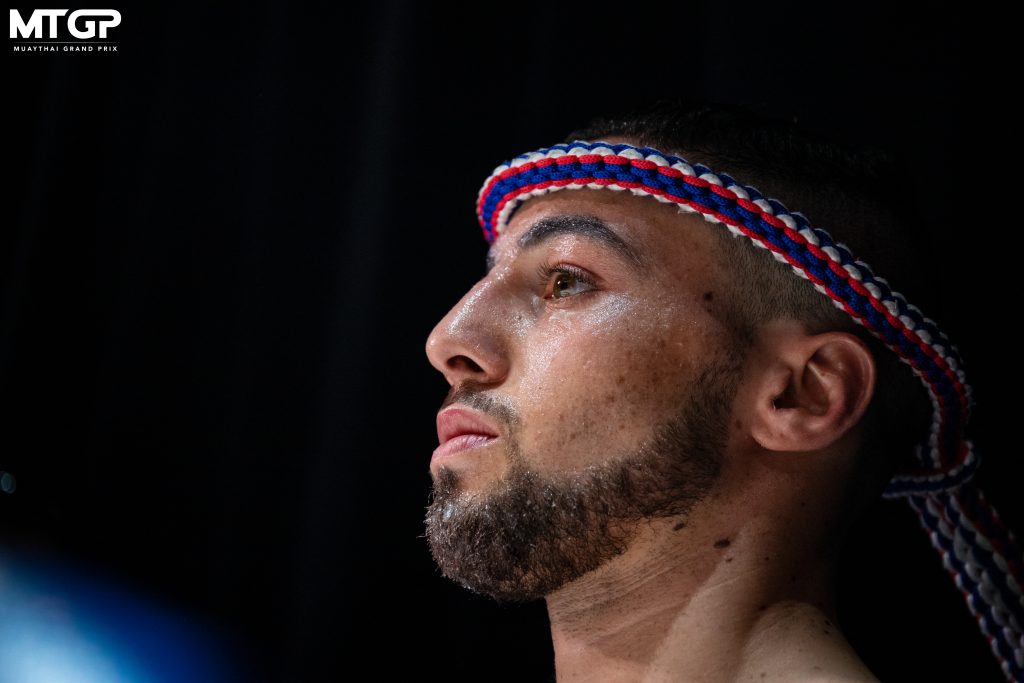 When the time comes for the main fight between the Reunionese Jérémy Payet and the Thai Rit Nattakit, one fighter begins the dance of the Ram Muay on the ring. This dance is an important part of mental preparation, a ritual that begins in each corner of the ring with a prayer. The Nak Muay then faces the ground and performs slow and circular movements before continuing on his knees.  Each dance is specific to the school to which the boxer belongs. Then, once up on his feet, Rit Nattakit goes to his corner and lowers his head to pray with his trainer for victory. 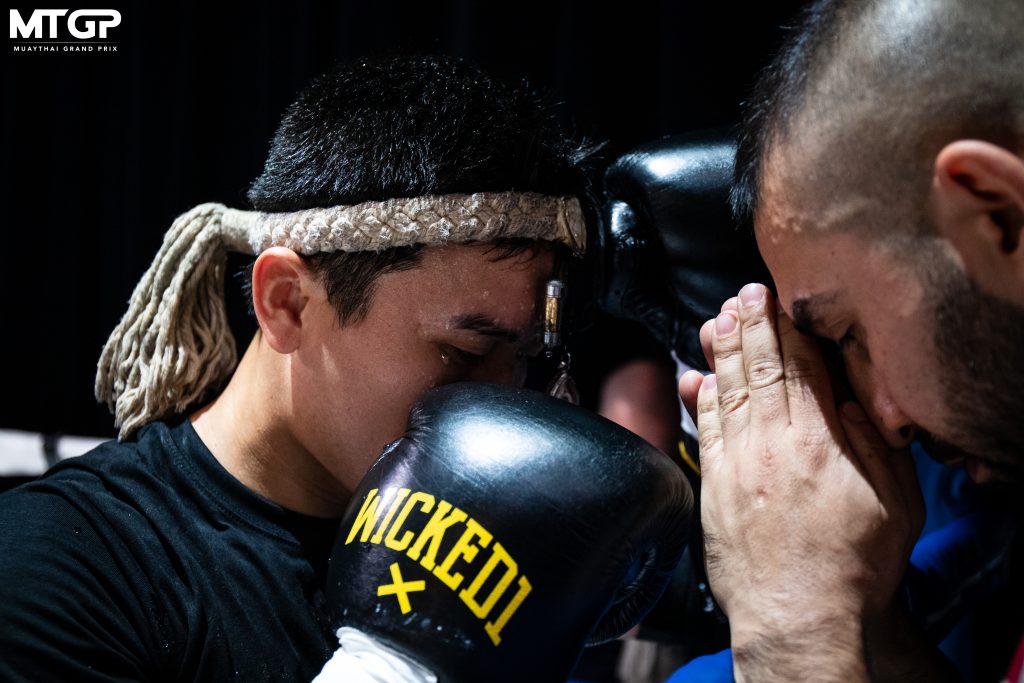 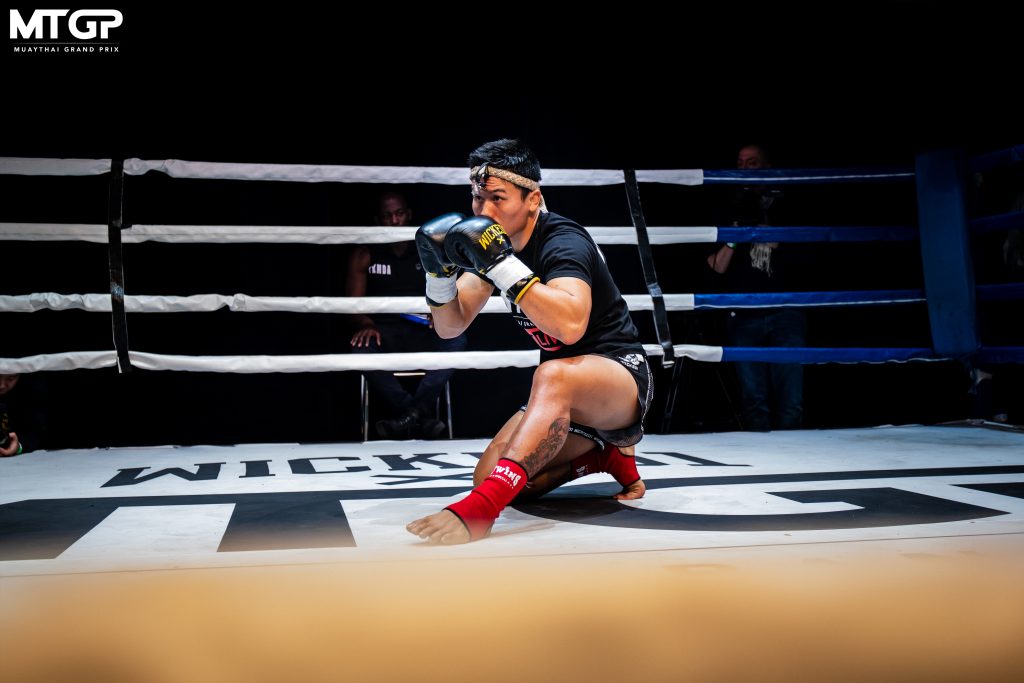 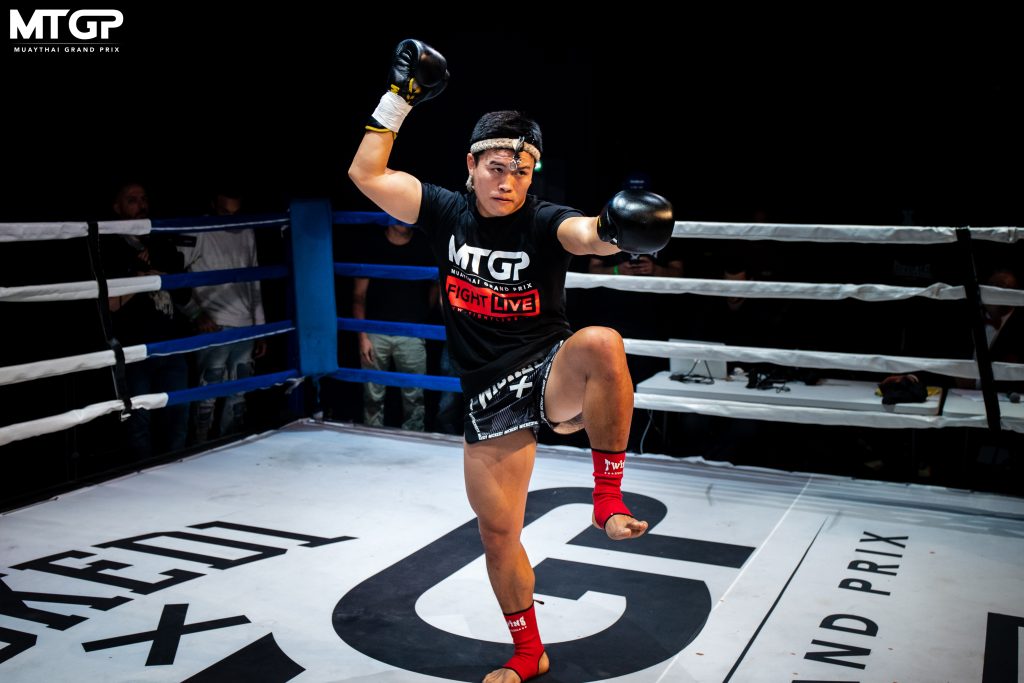 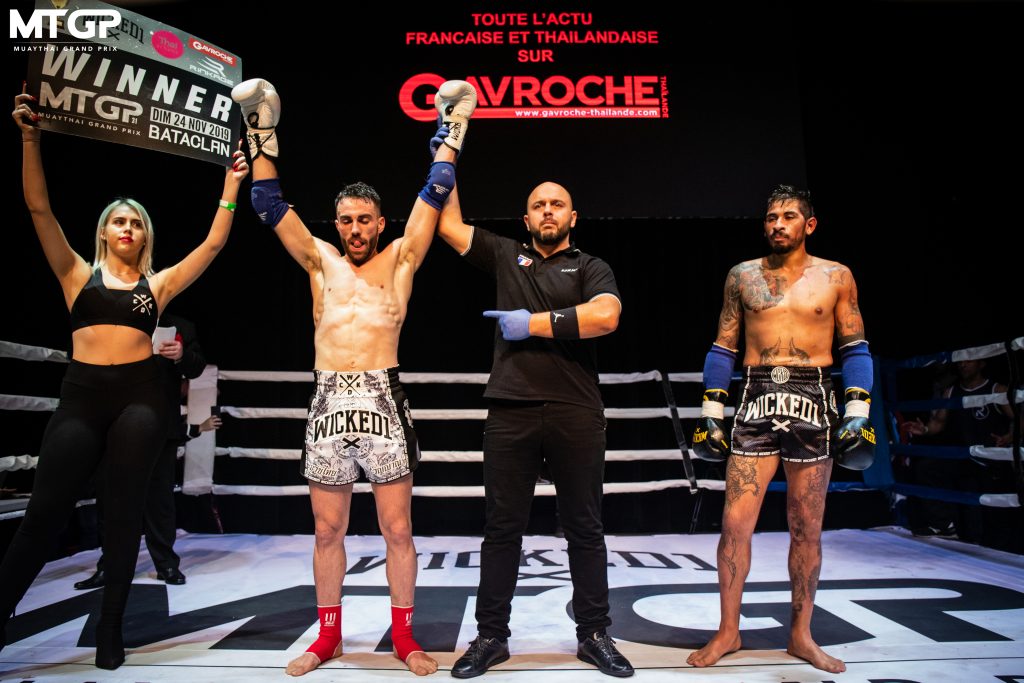 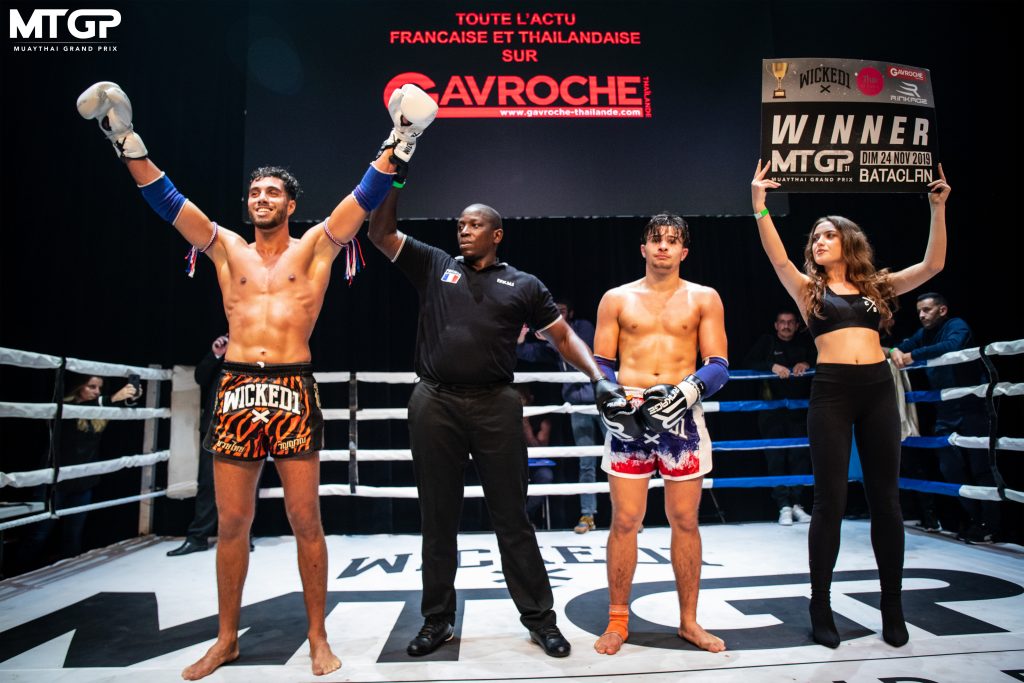 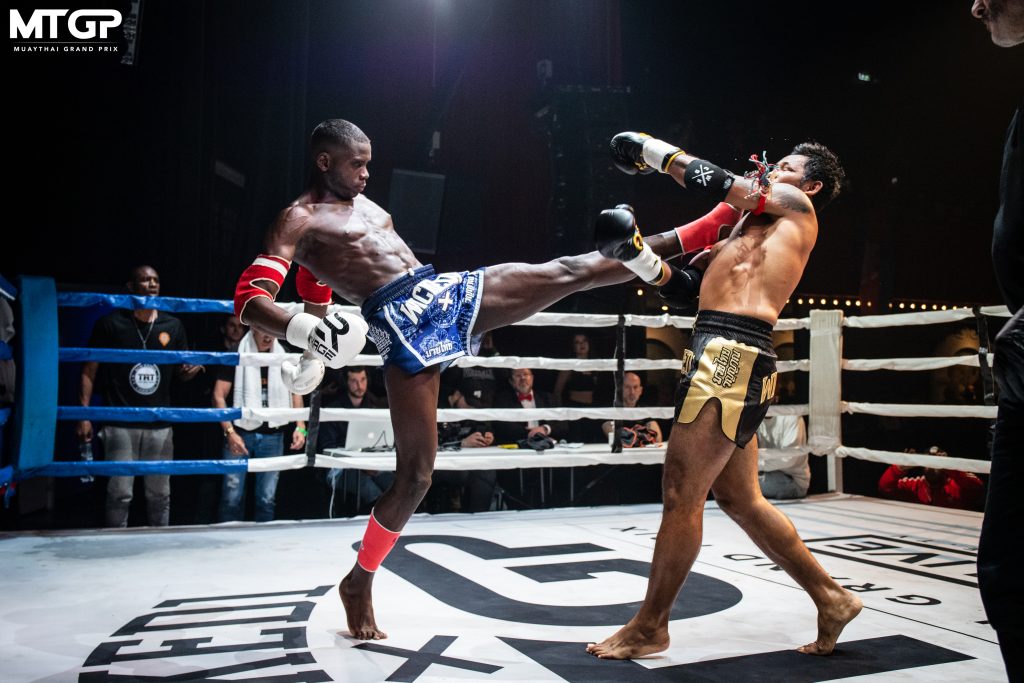 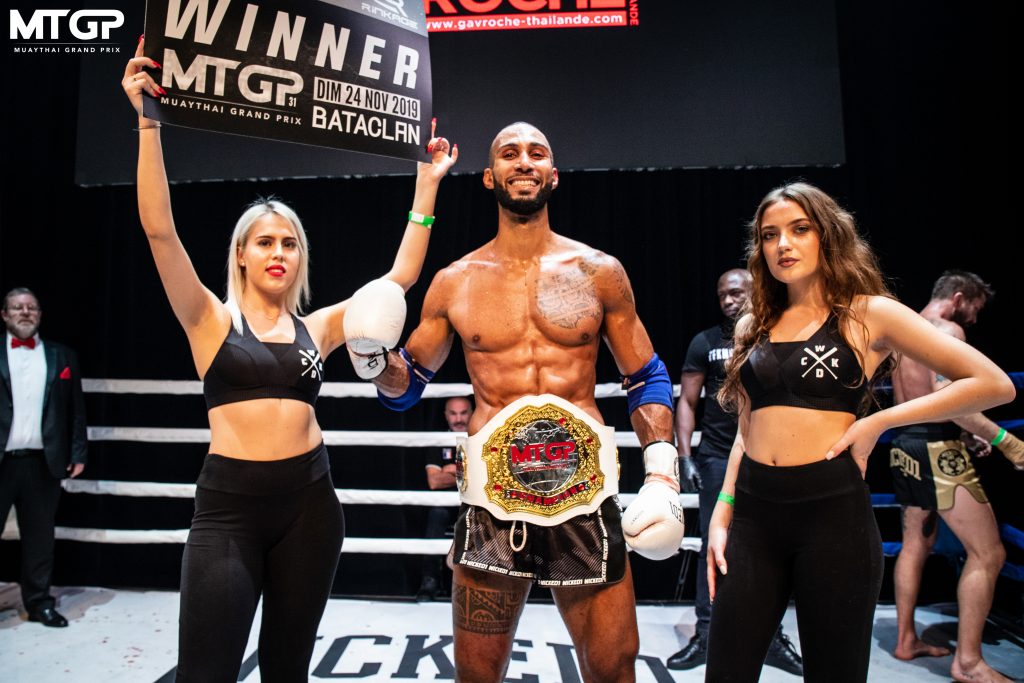 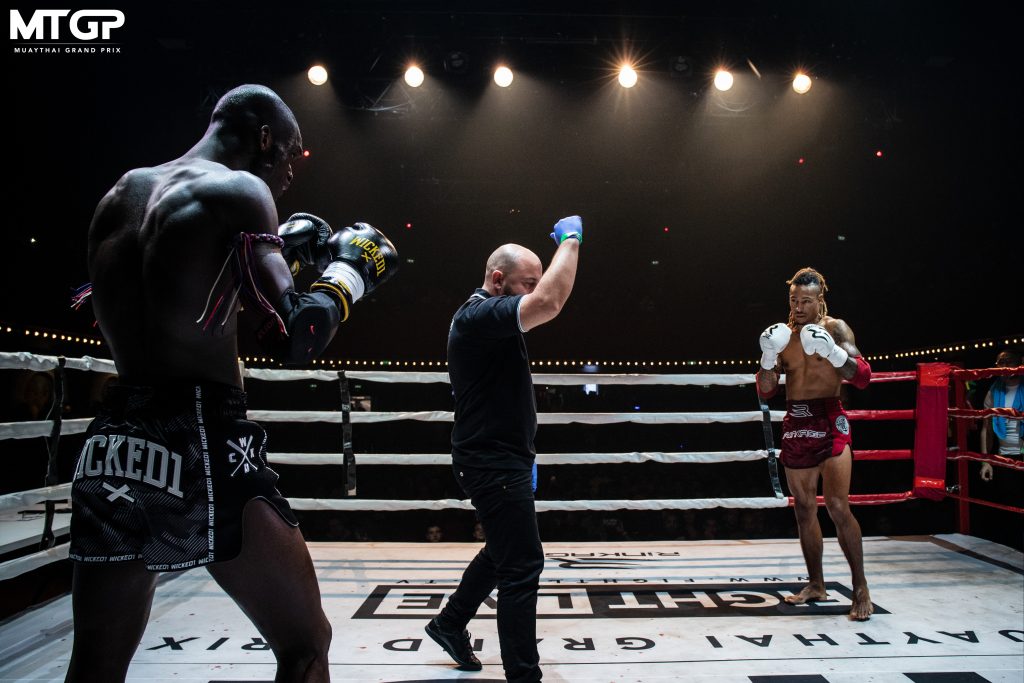 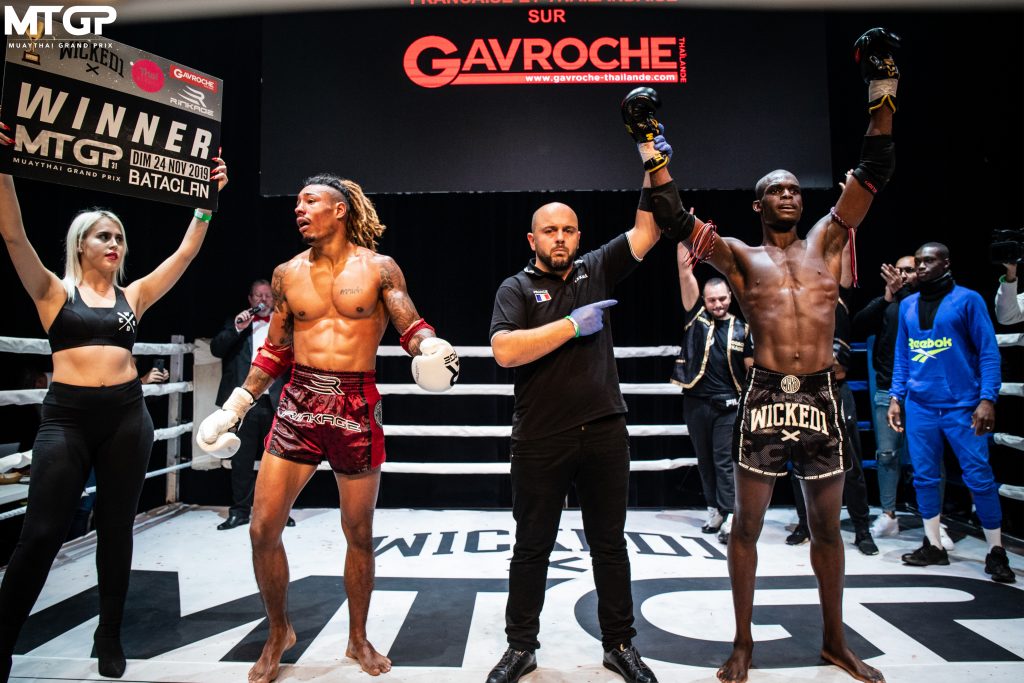 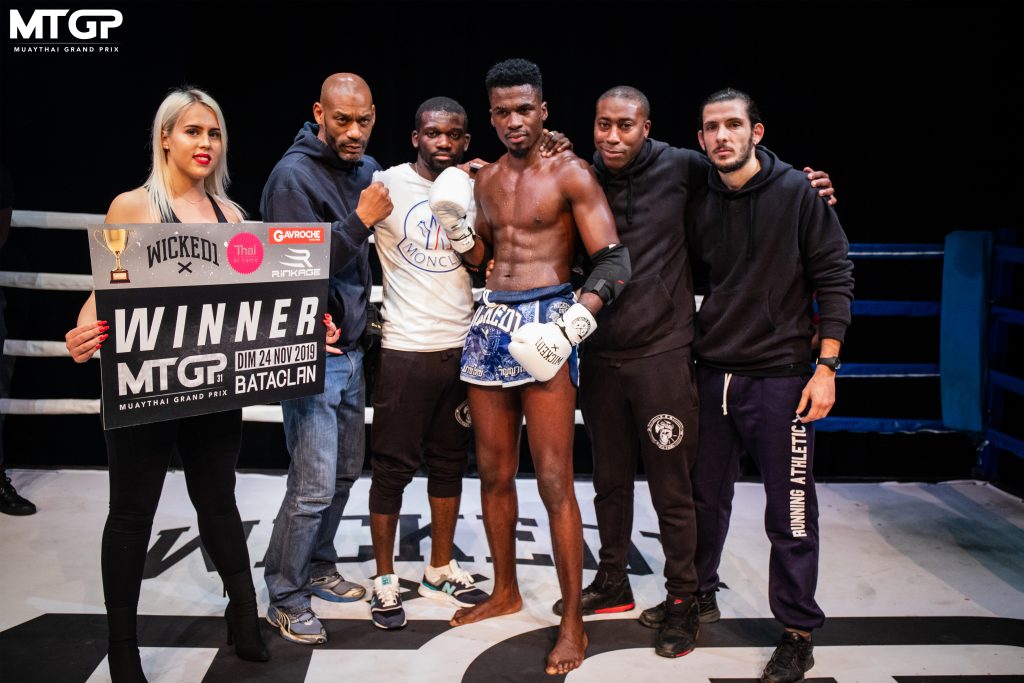 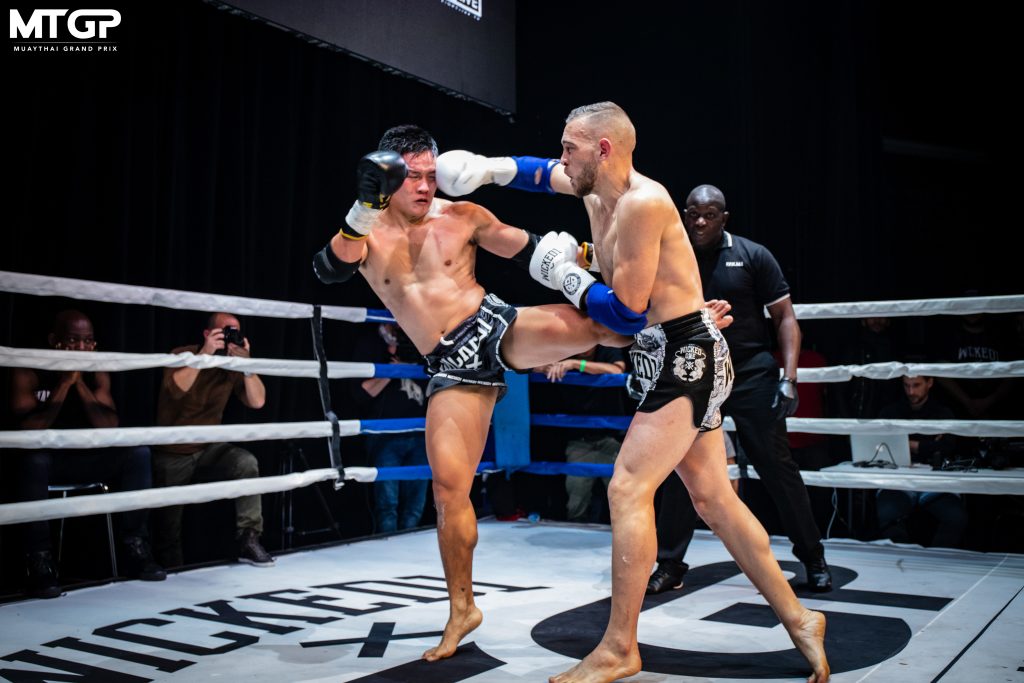 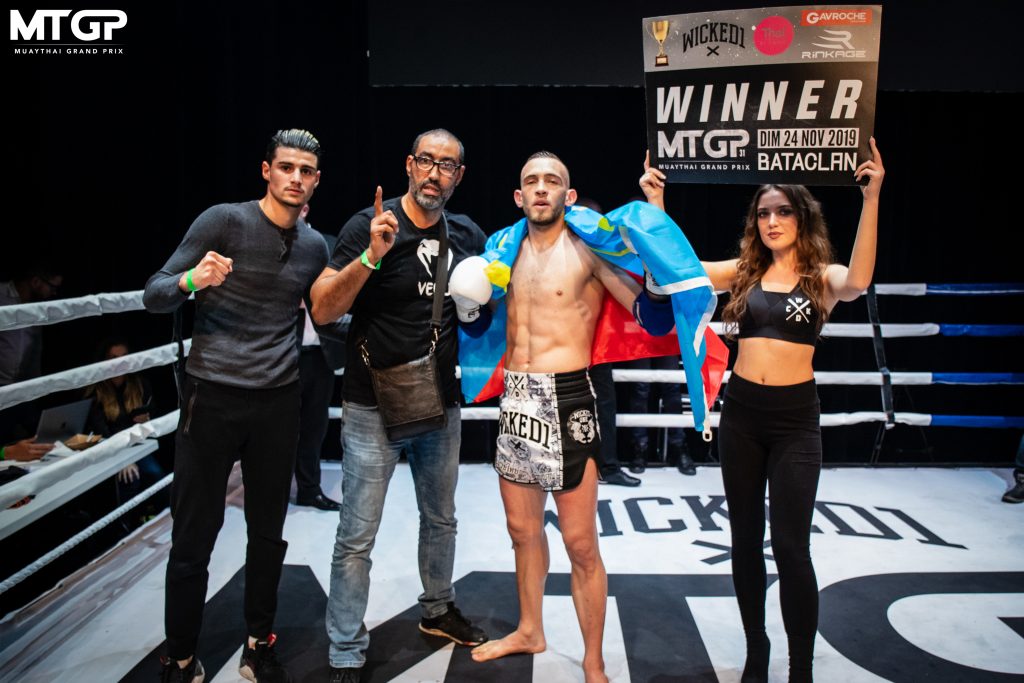